UK IN VIOLATION OF INTERNATIONAL HUMAN RIGHTS REGARDING CLADDING, SAYS THE SHIFT 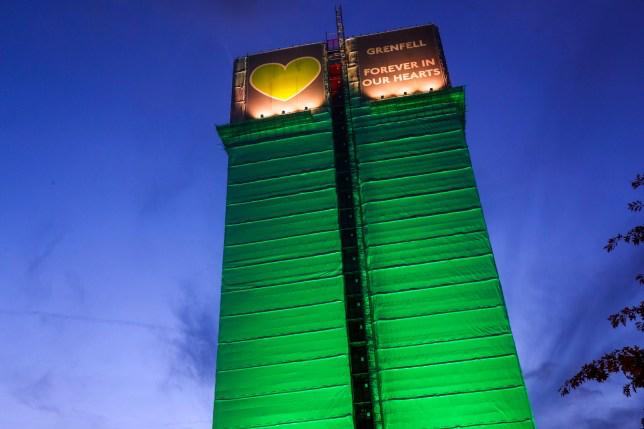 July 9, 2020 – Three years after the death of 72 residents of Grenfell Tower in London, some estimate that up to 600,000 people continue to reside in dangerously clad blocks of all types. According to the government, 300 high-rise residential buildings in England still have cladding of the same type used on Grenfell Tower in place.

“This is hundreds of Grenfells waiting to happen,” said Leilani Farha, Global Director of The Shift and former UN Special Rapporteur on the right to adequate housing.

Human rights law requires governments to ensure that all housing is adequate. This means that housing must protect residents from risks to their lives, including fire. Failure to take active steps to do so amounts to a violation of international human rights law.

“Lives are being put at significant risk as long as this cladding remains in place and the UK government is failing in its obligations to implement and safeguard the human right to housing,” said Farha.

Along with the daily risk to their lives, residents in buildings with combustible cladding also face considerable financial challenges, as a result.

The cost of removing cladding has been estimated at as much as £100,000 per leaseholder in some blocks. Residents cannot sell their units, as banks will not issue a new mortgage on a home with combustible cladding. Existing mortgages require insurance, which in turn requires leaseholders to spend tens of thousands of pounds a month on fire safety measures, including 24-hour fire safety patrols, on top of their insurance premium, mortgage payments and other expenses.

“Residents of these blocks are trapped in buildings recognised as posing a threat to their lives,” said Farha. “On top of that, the costs required to avoid losing their homes and being made homeless, is effectively bankrupting leaseholders.”

Neither the government nor the freehold owners (which are often private companies) are taking adequate responsibility for the removal of cladding. The responsibility, including the financial and mental burden, is falling to residents.

Following the 2017 Grenfell Tower fire, the UK government has put £1.6b of funding in place to address this grave violation of the right to housing. However, this has been shown to have limitations.

Firstly, there are restrictions on which buildings are eligible. Secondly, £1.6b is far below the estimated amount necessary to remove all combustible cladding in England and finally, despite the urgent risk to the lives of tenants’ all over the country, some of the funds that have been allocated for the removal of cladding have been slow to be spent. For example, of a £200M fund allocated to remove Grenfell-style cladding from private sector owned blocks, only £1.4M has been spent as of last month.

In addition to these concerns,the funds that have been allocated so far areforthe removal of dangerous cladding, but may not be used to cover the cost of interim fire safety measures, such as the 24-hour “waking watches” or new alarm systems that many residents must currently pay for.

While Special Rapporteur, Farha issued a letter to the government of the United Kingdom detailing her concerns regarding the failure to ensure the removal of all combustible cladding.

This letter is now public, and can be accessed via the OHCHR website here.

The United Kingdom has issued a response to this letter, outlining the measures the government has taken since the Grenfell Tower fire. This response can be found here.

“The 72 people who were killed in the Grenfell fire should still be with us. The hundreds that lost their homes should not have. Put simply, action is needed to prevent any more, identical disasters,” said Farha.

“Whatever steps have been taken, whatever funds have been allocated, over half a million people are still living in housing that represents a daily risk to their lives and livelihoods. This is a violation of the right to housing.”

For more information or to arrange an interview, please contact us at media@maketheshift.org.

FOR IMMEDIATE RELEASE - UK IN VIOLATION OF INTERNATIONAL HUMAN RIGHTS REGARDING CLADDING, SAY THE SHIFT