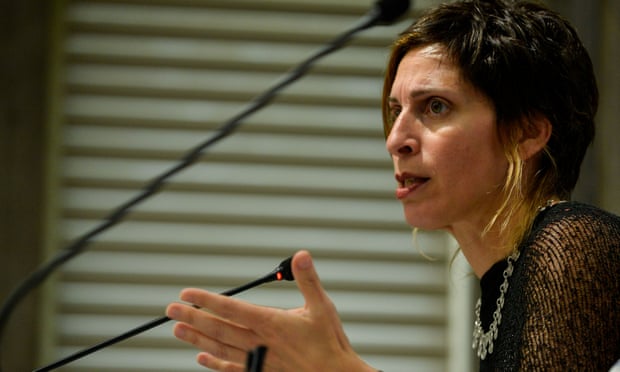 When Leilani Farha touches down in a new city, the first thing the UN special rapporteur on the right to adequate housing does is look up.

In Melbourne, Toronto, London and Dublin, the skies above are filled with cranes, Farha says, soaring across the skylineto construct new homes for their booming populations.

Last week Farha arrived in Wellington on a fact-finding mission, lured by the headlines of a housing crisis, chronic homelessness, and motels bulging with desperate families for months at a time – all occurring with a new progressive government at the helm.

“I didn’t see cranes in the sky, which is suggestive of not a lot of development – that struck me right away,” says Farha, a plain-talking Canadian. “They allowed the perfect storm, and that’s successive governments. It’s really a bit tragic. It’s a human rights crisis.”

According to the recent Demographia International survey, New Zealand has one of the most unaffordable housing markets in the world, and over the past decade homelessness (defined in the country as ‘having no other options to acquire safe and secure housing’) has increased to more than 40,000, or 1 in 100 Kiwis – with working families also now feeling the bite, with some forced to sleep in cars, tents and shipping containers – despite being in full-time employment.

It requires an urgent response, and that’s what I am not sure I’ve seen

Recently the waiting list for state housing hit a record high, and the government scaled back its flagship KiwiBuild programme, which had aimed to build 100,000 affordable home in 10 years – but managed to build only 47 in six months.

“The bottom line is sadly we don’t have any strategic housing plan as a country, there’s no strategic plan in terms of making a difference,” said Bernie Smith, the chief executive officer of Monte Cecilia Housing Trust, which houses homeless families in south Auckland. “There’s a hell of a lot of money going into motels and transitional housing, but very little going into building homes.”

On the 10-day mission, Farha visited an Auckland marae that has housed homeless families over the winter, cramped motels in the Hutt valley that are being used as emergency housing, and boarding houses she describes as “deplorable”. On her hotel doorstep, too, there were people sleeping rough.

“If people in New Zealand continue to call it a housing crisis it obfuscates what is going on here … the conditions are really stark,” Farha says, citing damp, mouldy homes that cause chronic illnesses of poverty, and rampant housing discrimination against Māori, Pasifika and those with disabilities.

“It’s in sizeable proportions, and it requires an urgent response, and that’s what I am not sure I’ve seen.”

Though there were some positive points (the government’s housing-first approach to tackling homelessness was applauded), Farha says the scale of the problem in New Zealand has gone far beyond a housing crisis – it’s a human rights crisis, and the Ardern government appear somewhat in denial, though Farha stresses they are “trying”.

Among other recommendations, Farha is hopeful the government will immediately appoint a commissioner or watchdog to oversee housing issues, introduce an overarching framework for all housing policy based on human-rights principles, and legislate to make housing a human right for all.

The failure to implement a capital gains tax has drawn Farha’s scorn, as has the three-year electoral cycle, which she observes keeps governments in campaign mode, and makes them too timid to enact sweeping, “courageous” changes needed to tackle the “urgent, entrenched” problems which have bedded in since before the global financial crisis under successive governments.

Māori have been homeless since the 1860s

“I’ve seen and heard a lot of interesting and thoughtful policies, but I think what remains to be seen here is courageous acts, creative measures, and structural change,” says Farha. “In terms of innovation, I just didn’t get a feeling that really creative ideas were being explored. It’s a little bit same-old, same-old.”

During the trip, Farha spent a good deal of time talking to Māori people, who are disproportionately affected by the housing crisis, as are Pasifika peoples and those with disabilities.

Farha says for Māori the housing crisis goes much deeper than a home with four walls, and their self-determination must be written into all future rights-based housing policies.

“It became so clear to me and was beautifully articulated for me that Māori have been homeless since the 1860s,” says Farha.

“It was profound to be in the company of people who were searching for so much more than four walls and a roof. And the only way they’ll reach where they want to get is a complete reorientation of relationship with government.”

The housing crisis in New Zealand can be “hidden”, Farha says, as the streets of the country have an overall feeling of well-being. On her visit, Farha was frequently overcome with a feeling of “outrage” at the conditions New Zealanders were living in – and a secondary sense of outrage, at the lack of urgency surrounding the emergency, which put lives at risk.

”I think New Zealand let things go and it is really unfortunate.” she says. “But I did have a sense of outrage … this is urgent.”

• This article was amended on 3 March 2020 to clarify that the New Zealand definition of homelessness is “having no options to acquire safe and secure housing”. This includes people who are in temporary accommodation or uninhabitable housing, or who are sharing someone else’s home, as well as those living rough.