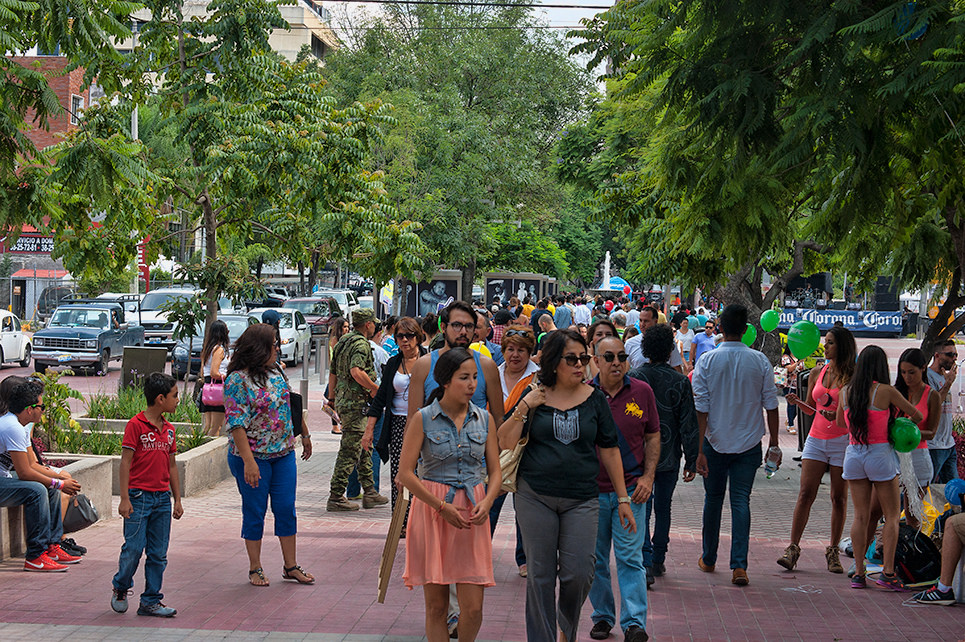 The global value of housing has surged 53% in four years, but the profits are literally at the expense of tenants.

By Leilani Farha and Fredrik Gertten

Fredrik Gertten is a documentary filmmaker and Director of ‘Push’; Leilani Farha is the Global Director of The Shift and former UN Special Rapporteur on the right to housing. Fredrik and Leilani co-host the podcast PUSHBACK Talks.

The housing crisis in Mexico is serious, but not unique. Whether in Mexico City, Guadalajara, Hong Kong, Lagos or London —average people are struggling to pay increasing rents, and homeownership is a fading dream.

Despite the fact that housing is a fundamental human right that governments, including Mexico, have legally committed to, many people across the globe are living in impossible circumstances. Unaffordable housing costs, eviction, forced displacement,  sub-standard housing without basic services or upkeep, and homelessness are grim realities for 1.8 billion people across the planet. Residents are being pushed out of their cities, forced to make long commutes to work. Meanwhile, as people sleep on the streets, millions of homes sit empty. Things are only getting worse, and the outrage is growing.

So when American Becca Sherman posted the seemingly innocuous tweet: “Do yourself a favor and remote work in Mexico City — it is truly magical,” it wasn’t surprising that it went viral. Sherman, and people like her, were decried for driving up rents and for squeezing out Mexicans, who don’t have the luxury of earning in USD. Stay home, echoed hundreds on Twitter, until she finally deleted the tweet.

The outrage is understandable —people are losing their homes and communities. Though the Becca Shermans of the world may be easy to blame, the main culprit behind the housing crisis in Mexico, and cities all around the world, is not someone on Twitter sipping a cortado in between a yoga class and the next zoom meeting. Instead, it’s an elusive-by-design global system that has turned people’s homes into abstract financial assets traded on the stock market — money-making machines for the already more-than-wealthy. Fueling this model are private equity and investment firms, and pension and hedge funds, to name a few.

This is what the documentary film PUSH, which premiers in Mexico on March 10, is all about. The film exposes how big institutional financial actors are robbing our cities, making them unaffordable and unlivable for many, and it signals to tenants that they are not in this alone, they are part of a global struggle.

Consider this: from 2017 to 2020, the global value of residential real estate assets surged by $90 trillion USD  — reaching a staggering $258.5 trillion, according to Savills Research. To put that into perspective, all the equities in the global stock markets are worth $109.2 trillion, the world’s GDP is $84.8 and all the gold ever mined is worth a mere $12.1 trillion.

Housing sits in the uncomfortable position of being at once the biggest source of wealth on earth and a human right protected by the Mexican constitution and international human rights law. Still, it is one of the most underregulated investment sectors. Because of that, extractive business models forged by investment giants like Blackstone – a global leader in real estate investing and the largest private landlord in the US – have been pushing up prices worldwide at a pace far beyond wage growth.

Mexico has already seen what happens when unbridled capitalism mixes with corruption and poor regulation in the housing sector. In the early 2000s, Mexico embarked on one of the most ambitious campaigns to improve housing for the working class. The government offered attractive mortgages to low-income people. Through public-private partnerships, new suburban housing popped up around the country, and billionaires, like the Chicago-born Sam Zell, swept in. Zell used an investment fund to pour $32 million in a small, family-owned Mexican construction company —Homex. Soon after, Homex was hailed as the solution to Mexico’s housing woes and its valuation ballooned to $3 billion. Meanwhile, Zell, having made around $500 million for himself and his investors, was quietly pulling out of the project.

Of course, it turned out that Homex was building substandard housing. Those who bought from the company weren’t provided with the promised necessities like local schools or functioning sewage. By 2014, Homex went bankrupt and more than a million people were stuck paying mortgages for their uninhabitable homes.

This is an example of what happens when housing gets sucked into global capital markets —those building or providing homes don’t care about the people who live in them. They are only beholden to their bottom line and their shareholders. Independent landlords like grandparents subsidizing their pensions with rental income are almost a thing of the past. The housing market is increasingly dominated by investment funds managed by billionaires, with sophisticated and complex methods that defy comprehension let alone accountability. This is the financialization of housing. And it’s happening here in Mexico.

Researchers have found it thriving in cities like Guadalajara, for example, where brand new apartment blocks, many of which are owned but empty, displace residents and have helped increase rents in the city from 52% of the average salary to 102% since 2010. And the pandemic has only aggravated the situation. A recent survey of residents in Mexico City found 55% of respondents had difficulties paying their rent or mortgage, and nearly one-third of respondents changed homes during the pandemic. More than 60% of those who moved said it was because they couldn’t afford rent. Meanwhile, companies like Blackstone reported record-breaking earnings in 2021.

Our hope is that PUSH acts as an alarm bell and triggers change by unmasking the true drivers of the housing crisis and the unsustainable fall-out if left unchallenged. Victories can be achieved when tenants find a common pursuit, organize and push back. In cities like Barcelona and Berlin, grassroots movements have demanded better laws to slow down speculation and defend their right to housing. And they’ve won. This too can happen in Mexico. The financialization of housing is a global problem, but nowhere is it inevitable.