Five questions with… the UN special rapporteur on the right to housing, Leilani Farha 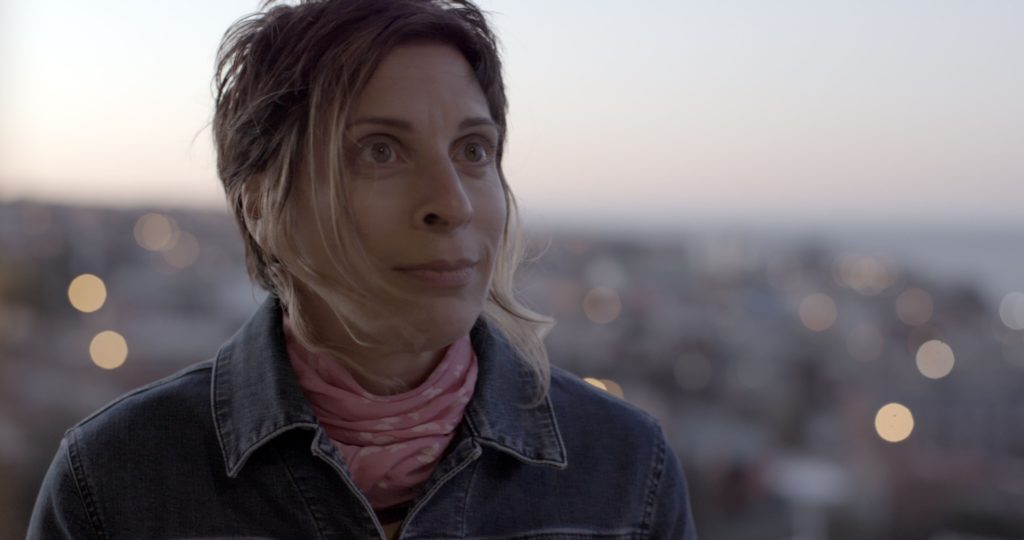 Canadian lawyer Leilani Farha has become a global voice for the right to adequate housing. She chats with OpenCanada as a new documentary about her work screens internationally.

For his new documentary, Push, Swedish director Fredrik Gertten followed the United Nations special rapporteur on the right to housing, Leilani Farha, around the world for two years, from Toronto to Valparaiso to Seoul, as the Ottawa-based lawyer documented cases of what has increasingly become known as the commodification, or financialization, of housing — the market forces pushing housing costs sky-high and making affordable housing inaccessible to so many.

“You see in the film the use of terms comparing what’s happening to the extractives industry,” Farha said in an interview with OpenCanada in Toronto, when she and Gertten presented Push at the Hot Docs International Documentary Film Festival. “I think that’s new language for this new phenomenon. We also normally talk about landlords — now we’re talking about private equity firms and asset management firms. I prefer not to use the term ‘landlords’ for them because that’s not what they are. They are investors.”

The UN defines the financialization of housing as “structural changes in housing and financial markets and global investment whereby housing is treated as a commodity, a means of accumulating wealth and often as security for financial instruments that are traded and sold on global markets.”

The phenomenon occurs despite international human rights obligations that guarantee the right to “live somewhere in security, peace and dignity.” The UN Sustainable Development Goals and the New Urban Agenda, adopted in 2015 and 2016 respectively, both include the right to housing as well.

The UN clarifies, however, that the right to adequate housing isn’t about requiring state governments to build housing for all residents but instead requires a more holistic approach, covering all measures “needed to prevent homelessness, prohibit forced evictions, address discrimination, [and] focus on the most vulnerable and marginalized groups.”

Facilitating those measures is where Farha comes in. As Push shows, since taking on her role in 2014, she has been raising awareness of forced evictions, as well as listening to those affected by companies like Blackstone Group Inc., the world’s largest private equity firm in residential real estate. She has presented her findings to various levels of government and has met with the many actors involved in order to find solutions — including those living with inadequate housing, executives of real estate firms and city mayors. The latter efforts have often been for The Shift, a new initiative Farha started within her UN role to build further momentum on the issue.

Farha has had several meetings in recent years in Canadian cities, where there has long been a housing crisis. (Federal leaders have made pledges on the issue this election campaign but Farha told VICE Canada recently that the lack of overall debate and of a comprehensive national plan have been “alarming.”)

While Push continues to screen globally — with stops at the Architecture and Design Film Festival in New York and the AGH Film Festival in Hamilton this weekend alone — Farha explains the opportunity her UN role provides and what’s next for The Shift movement.

1. Can you describe the link between human rights framework and housing? How effective is that framework in advocating for affordable housing?

I don’t have a choice [in using a human rights lens], not just because I’m the special rapporteur on the right to housing but because that’s how people are articulating their reality. They say to me directly that their experience is an infringement of their human rights. They don’t use that exact language because most of them don’t have a legal background, but they will say, ‘This is compromising my dignity. How am I supposed to live a life of dignity?’ And they have a tremendous sense that governments should be accountable for this.

And right there — that’s the human rights framework. You have rights being violated, people experience it as rights deprivation and accountability is government. That’s the beauty of international human rights law — it’s very clear who is accountable to whom. Governments are accountable to the people. Simple. I love that about human rights. And we do have mechanisms — they may be weak — but we do have mechanisms to hold governments accountable at the international level. People are doing it domestically at the local level [as well] — whether it is by launching court cases, [or] by taking to the streets like the Berliners did [earlier this year]. People are trying to hold their governments accountable and using the mechanisms available to them in participatory democracy.

The challenges are all the critics. There are a lot of critics of human rights. There is a sense that because of the rise of populism — the election of Donald Trump and [Jair] Bolsonaro, etc. — that somehow means that human rights are dead, so let’s give up the project. If the people are demanding their rights, then the project is not dead.

2. Where do you see moments or spaces of optimism?

That’s one of the things you learn from the film. Fredrik [Gertten, the filmmaker] did a really brilliant job — I think it’s how he is wired as a human being, actually. He has a tremendous sense of optimism about the possibilities of cities, what cities can be and what they represent, and that’s reflected in the film. We can talk about hope through particular action — this global movement that I’ve helped to start called The Shift — but to me there’s something more deep in the film about where we can derive hope. It is in the cities themselves, the existence of cities, from where we should derive inspiration. How vibrant a city can be. It’s a very scary film, but it’s incredibly positive [too].

3. There was a wave of books and debate on inequality just a few years ago. Now populism seems to be the more popular theme — but can this all still be tied back to inequality?

It’s so interesting that you raise that, because I actually think a lot of those tomes on inequality failed to identify the role that residential real estate has played in creating and maintaining gross inequality. I actually think the global financial crisis was, in fact, a global housing crisis. It was based on mortgage lending. I am not [author Thomas] Piketty, I am not an economist. But my sense is that we didn’t name the global financial crisis properly for what it really was, and since then we haven’t named this inequality issue for what it is — which is very much rooted in this speculation in residential real estate. Push talks about that to some degree, and I hope that the film will contribute to that understanding.

4. What does your UN title and affiliation give you? Who is coming to the table and who is not when you bring that title along?

The title has absolutely opened doors. I have a much easier time accessing certain governments, academic experts, mayors. I’m independent — I’m not attached to an NGO, I’m not attached to a government — and there’s an incredible freedom in that. I’ve been able to use the position to speak loudly about things that a lot of people don’t really want to hear about. I can be very plain. In lots of meetings I go to, I realize the NGOs are not speaking out in the way that I think that they need to, and of course governments are governments, and my voice ends up being this kind of — I don’t want to use the term “moral” — but it’s like the voice of values in a room. I don’t have fear, maybe that’s who I am as a person, but also I have the title and the position and I have human rights behind me, supporting me. It’s the highest law in the world, human rights law, and we’re lost without it. So I use that for sure. I think that the very first time I tried to get in touch with Blackstone they responded because of who I am.

5. Finally, on The Shift movement — what’s next, and what do you with the call to resist the commodification of housing?

The Shift has its own momentum and it seems that it is really moving — city mayors seem to be very interested in it. I am very clear about The Shift: it’s not a ribbon-cutting, fancy, big-signatures-on-big-declarations kind of thing [where then afterwards] people walk away. The commitment to The Shift is a commitment to, if you are a mayor, implementing the human right to housing. That means taking concrete steps and adopting strategies to ensure access to adequate, affordable housing for everyone. That’s going to look different in each city, but that is the commitment.

In Canada, there is the Canadian Human Rights Commission and a human rights tribunal in every province and territory. Most countries just have a national human rights institution, or sometimes it’s an ombudsperson. I want them to engage because they could play a huge role in [stopping] the financialization and other human rights concerns in the area of housing. A lot of them haven’t taken that up. I had a meeting with global representation of national human rights institutions in March and they were very keen. A lot of them are seeing housing as the number one issue of cities — and I certainly think that affordable housing is the number one social issue in every city around the world.

This interview has been edited and condensed for clarity.